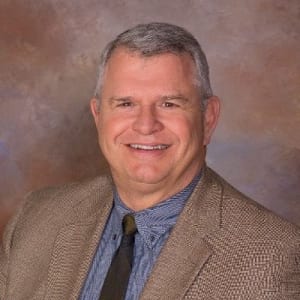 Chuck Ledbetter has published and presented on education matters at regional and national conferences. He has served as an executive coach in Alabama and Georgia, and has received honors including being a finalist for the 2020 Alabama Superintendent of the Year, the Auburn University 2014 Outstanding Administrator Alumni Award, and the Solar Foundation 2014 National K-12 Schools award.

As superintendent of Dublin, GA schools for over six years Ledbetter led the school system to great improvement. The system became a charter system and partnered with neighboring systems to create a regional charter career academy. Discipline incidences were reduced in elementary schools by 77%. In six years, Dublin High School increased its graduation rate from 59% to 94.1%. Dublin High had the highest graduation rate in the area for 4 consecutive years. Standardized test scores increased in every school, and Dublin High School was recognized by US News and World Report as a Best High Schools Bronze Award winner for 2013 and 2015.  In Dothan, Ledbetter led community planning for school improvement and installed STEM labs to improve learning. He has led a new school system in Pike Road that has more than doubled in size in five years to be an award winning, learner centered school district.

Chuck Ledbetter is married to Kim Ledbetter and has three daughters, two sons-in-law, and five grandchildren.