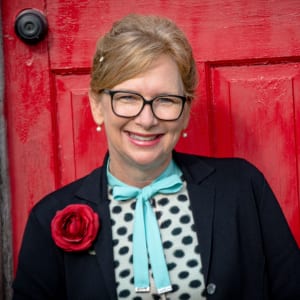 Dr. Jan Irons Harris is a lifelong educator whose mission is to teach others a better way of life through education, love, and by example, by using her gifts of teaching and leading. She is married to her college sweetheart, Dennis Wholey Harris.

Jan Irons Harris was born in Florence, AL. She earned her bachelor’s and master’s degree in math/education from the University of North Alabama, and the University of South Carolina, respectively. She received her doctorate in school administration from Peabody College of Vanderbilt University where she received the Wheeler Prize for Outstanding Academic Achievement in Doctoral Studies. Jan successfully served as a math teacher, assistant principal, middle school and high school principal, and superintendent.

Jan’s focus is on character education, academic rigor, and effective communication. Under her leadership, student achievement increased, and all of the school climates improved due to the efforts of the entire team. Additionally, Jan believes that leadership starts at the top. As such, it is imperative that the superintendent and board members maintain and model positive interpersonal relationship skills.

Jan is an active member of her church and community. As such, she has served on numerous boards and committees.  Most recently, she served on the Optimist Club Board as well as the Dade County Library Board and Dade County Board of Health. She served as vice chair of the NWGA RESA Board of Directors and the GSSA Board of Directors. Additionally, she served as president of Delta Kappa Gamma.  She is the author of Leadership, According to Solomon (2018, co-published by Rowman and Littlefield and the American Association of School Administrators), and The Principal’s Office (2008, Rowman and Littlefield).