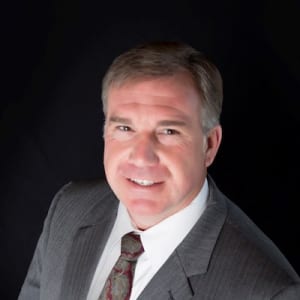 Randy Wilkes has served as superintendent in both rural (Crenshaw County, AL 2011-2014) and urban settings (Phenix City, AL 2014 to present)  and has been both elected and appointed to those positions.  He is entering his 11th year as superintendent and his 32nd year of service to public school students.  Randy earned his education specialist degree from Auburn University at Montgomery and his master’s and bachelor’s degrees from Troy State University.

With a system poverty rate of 71%, Randy’s primary focus has been to “STEM Students from Poverty™.” Phenix City has a diverse population of 37,000 and is host to Alabama’s fourth largest affordable housing development. Spurred by the i3 Initiative, which emphasizes inquiry-based instruction, innovative strategies and resources, and impact on college, career and life skills, the system is providing transformative educational opportunities today to supply the ever changing workforce needs of tomorrow. The system is unique in that what it provides for one, it provides for all – no child is excluded. The results of the i3 Initiative’s implementation over the past four years are nothing less than astounding! The socioeconomic gap in Phenix City Schools (PCS) is rapidly closing. The percentage increases in mathematics proficiency scores from students of poverty are most notable: grade 3 – 44%, grade 4 – 29%, grade 6 – 23%, grade 8 – 28%. In the same time span, the federal graduation rate for students of poverty has increased 19%.

Additionally, in 2019, PCS’ graduation rate increased to 97% opposed to 51% in 2010, increased in the number of eighth-grade students earning high school credit by 81%, increased the number of collegiate credits earned by high schoolers by 62%, and reported a record amount in scholarships received of over $20 million (an average of $53,000 per graduate). In 2019, Phenix City Schools earned its first-ever “A” on the State’s report card and was recognized by the state’s media as the most improved school district in the state of Alabama, with every school improving in every major category.

Comradely philia is prevalent in the Valley! Tapping into the area’s vast resources, Randy led efforts to garner support of individuals, businesses, and industry to raise more than $1.1 million for state-of-the-art technologies. Beginning in kindergarten, students are completely immersed in STEM education. All students attend the SmartLab® in their local elementary schools and are engaged in a curriculum containing modules of renewable energy, coding, digital media, engineering, robotics, and circuitry. In the Dyer Family STEM Center, on the campus of Phenix City Intermediate School, all sixth and seventh graders annually receive nine weeks of instruction in each of the following laboratories: virtual science, coding, digital media, and engineering. All eighth graders participate in 12-week courses of coding/robotics, engineering, and digital media. All high school students may choose from 13 different academies including business, health occupations, advanced coding, engineering, and television production. In less than four years, PCS completed its quest to become a 1:1 school district; to date every student in grades K-12 has an electronic device.

Randy has much leadership experience with board policy revision, strategic planning, accreditation processes, and facility assessment which was reflective of the system’s most recent accreditation score of 340 compared to that of 270 previously. As superintendent, he provides professional development for school leaders including the development of Professional Learning Units for practicing and aspiring leaders via the system’s Leadership Academy.

Randy understands classroom improvement begins with appropriate teacher training. His first undertaking as superintendent in Phenix City was to convert a dilapidated cafeteria into a professional development center. Today, PCS invests over $1 million of local funds annually to provide staff with customized training. Of particular mention are the 24 teachers who have participated in more than 160 hours of STEM training and were deemed STEM-certified in the spring of 2019. The premise of all of PCS’s instruction rests in the four Cs: communication, collaboration, critical thinking, and creativity. Believing one must inspect what one expects, Randy has demonstrated his conviction by conducting more than 150 teacher observations annually, as well as serving as an executive coach to the administrative leaders in his district.

Randy was selected by his peers as Alabama Superintendent of the Year in 2019.  He serves as president of District IV School Superintendents of Alabama and is a member of SSA, AASA, CLAS, AASSP, AASB, and other professional organizations.

Randy has been married to Cathy Wilkes since 1988. They have two sons Haden (Kaylee) and Ryan and one granddaughter, Hadley.